bookshelves: paper-read, hardback, one-penny-wonder, published-2011, thailand, mystery-thriller, autumn-2015, amusing, tongue-firmly-in-cheek, cosy, journalism, hippy-dippy-trippy-trash, upbeat, series, palate-cleanser, flippancy, first-in-series
Read from January 20 to September 30, 2015
Description: When Jimm is forced to follow her family to a rural village on the coast of Southern Thailand, she’s convinced her career—maybe her life—is over. So when a van containing the skeletal remains of two hippies, one of them wearing a hat, is inexplicably unearthed in a local farmer’s field, Jimm is thrilled. Shortly thereafter an abbot at a local Buddhist temple is viciously murdered, with the temple’s monk and nun the only suspects. Suddenly Jimm’s new life becomes somewhat more promising—and a lot more deadly. And if Jimm is to make the most of this opportunity, and unravel the mysteries that underlie these inexplicable events, it will take luck, perseverance, and the help of her entire family.

Opening: Old Mel hired one of Da’s nephews – the slow-witted one with the dent in his forehead – to sink a well in his back acre.

Not hard to understand that this was mainly purchased because of that quirky title. I found the flippancy became palling after a while so do not envisage going further in this series. 3* 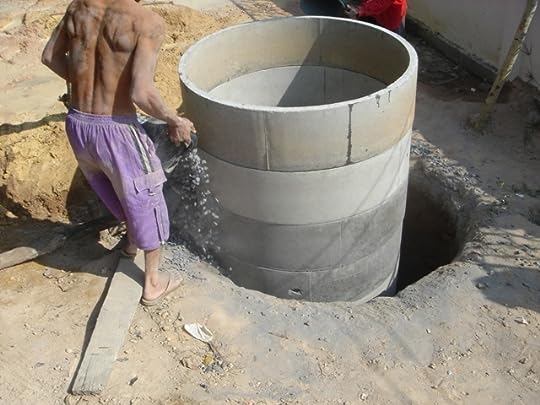 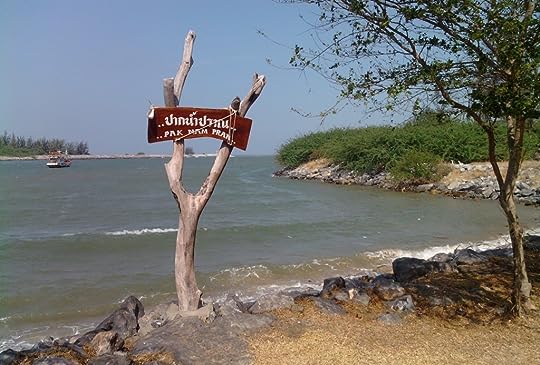