bookshelves: winter-20152016, books-with-a-passport, hardback, handbag-read, paper-read, published-1967, women, those-autumn-years, gulp, spring-2016, palate-cleanser
Recommended to Bettie☯ by: ·Karen·
Recommended for: ladies of a certain age, or heading for it – that means women everywhere!
Read from January 20 to March 06, 2016
Description: At The Jerusalem (1967) is set in an old people’s home, and won a Somerset Maugham Award and an Arts Council Writers’ Award

·Karen· piqued my interest and her insightful review (that I wish I could of written) is right here.

Then there was a dazzle of green and white, white and green. Then the colours seperated, became clear: the white was above, the green below. Tile, she saw, followed tile. Once, she blinked she realized she stood in a corridor.” 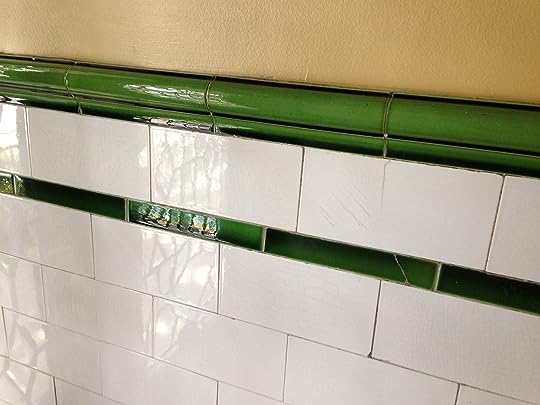 So she went and soon we found out it was a disease of the blood, I won’t put the word down as I can’t spell it but it begins with a L.”

Let me start by saying that if in my dotage someone calls me “a good girl” for eating one more spoonful of frigging dinner, I will not be held responsible for my actions. And I was fair raging when these carers were specifically charged with getting the old dearies speaking, and then they don’t listen to a ruddy word they say, where these said old dearies have lived through far more interesting times than these paid listeners could imagine.

I don’t need the inside flap to tell me that Bailey writes authentically through the eyes of a woman of a certain age, the result in the pages is witness to that fact. It is a masterful piece.