Book description: Detective Inspector Jack Frost, offically on duty, is nevertheless determined to sneak off to a colleague’s leaving party. But first the corpse of a well-known local junkie is found blocking the drain of a Denton public lavatory – and then, when Frost attempts to join the revels later on, the nubile daughter of a wealthy businessman is reported missing.

Sleepy Denton has never known anything like the crime wave which now threatens to submerge it. A robbery occurs at the town’s notorious strip joint, the pampered son of a local MP is suspected of a hit-and-run offence and, to top it all, a multiple rapist is on the loose. Frost is reeling under the strain, his paperwork is still in arrears and now, more than ever, his self-righteous colleagues would love to see him sacked. But the manic Frost manages to assure his superior that all is under control. Now he has only to convince himself..

BBC description: 4 Extra Debut. Jack Frost is a tough and rude detective and does it all his way, but has he come a cropper? Stars Derek Martin and June Brown.

I do so hope that R4x goes with some more from this series.

Read in June, 2009, read count: 2
Description: Set in Scotland during the 1745 Jacobite Rebellion, in the exotic French Indies, and in the North American wilderness, the story has as its hero one of the most compelling yet horrifying studies of evil in nineteenth-century fiction—James Durie, Master of Ballantrae. The Master is about his infective influence—on his younger, less attractive brother Henry; on Henry’s wife Alison; and on those narrators whom Stevenson so skilfully employs to present their experiences of this charming, ruthless, and evil man.

A very fragile copy of my mothers – faded red cloth, inscribed Gillian R Tanner(1956) and the price? 4/-, that’s four shillings to us who remember the ol’ conundrums. I think this is my favourite RLS; it is so dark.

At that time [1745:] there dwelt a family of four persons in the house of Durrisdeer, near St Brides, on the Solway shore; a chief hold of their race since the Reformation.

The novel is presented as the memoir of one Ephraim Mackellar, steward of the Durrisdeer estate in Scotland. The novel opens in 1745, the year of the Jacobite Rising. When Bonnie Prince Charlie raises the banner of the Stewarts the Durie family–the Laird of Durrisdeer, his older son James Durie (the Master of Ballantrae) and his younger son Henry Durie–decide on a common strategy: one son will join the uprising while the other will join the loyalists. That way, whichever side wins the family’s noble status and estate will be preserved. Logically, the younger son should join the rebels, but the Master insists on being the rebel (a more exciting choice) and contemptuously accuses Henry of trying to usurp his place, comparing him to Jacob. The two sons agree to toss a coin to determine who goes. The Master wins and departs to join the Rising, while Henry remains in support of King George II.

Ailean Breic Stuibhairt was an 18th-century soldier and Scottish Jacobite resistance figure. He was the centre of a murder case that inspired novels by Walter Scott and Robert Louis Stevenson. Notorious as the Appin Murderer.

BBC description: 4 Extra Debut. Russia, 1859. Chaos in the manor of Stephanchikovo when an ex-sergeant acts as arbiter of morals and taste. Stars David Suchet.

Drink a bottle of vodka and you can talk in any language you like!

bookshelves: booker-longlist, published-2012, impac-longlist, summer-2014, britain-ireland, shortstory-shortstories-novellas, lit-richer, contemporary, tbr-busting-2014, e-book, nutty-nuut, debut
Read from December 02, 2013 to August 07, 2014
Description: In the aftermath of Ireland’s financial collapse, dangerous tensions surface in an Irish town. As violence flares, the characters face a battle between public persona and inner desires. Through a chorus of unique voices, each struggling to tell their own kind of truth, a single authentic tale unfolds.

Opening: MY FATHER STILL lives back the road past the weir in the cottage I was reared in. I go there every day to see is he dead and every day he lets me down. He hasn’t yet missed a day of letting me down. He smiles at me; that terrible smile. He knows I’m coming to check is he dead. He knows I know he knows. He laughs his crooked laugh. I ask is he okay for everything and he only laughs. We look at each other for a while and when I can no longer stand the stench off of him, I go away. Good luck, I say, I’ll see you tomorrow. You will, he says back. I know I will.

Rashomon effect at play in a small town after the Celtic Tiger died, the local employer went to the wall, and rotting canker was all that was left of where hearts used to be.

‘There’s a red metal heart in the centre of the low front gate, skewered on a rotating hinge. It’s flaking now; the red is nearly gone. It needs to be scraped and sanded and painted and oiled. It still spins in the wind, though. I can hear it creak, creak, creak as I walk away. A flaking, creaking, spinning heart.’

Bobby, the main-stay of these linked stories: ‘I had that King Lear’s number from the start, well before the teacher started to break things down slowly for the thick lads: he was a stupid prick.’

Description: Niamh Cusack reads one of William Trevor’s greatest short stories, set in an isolated dance hall in Ireland.
Each Saturday night, 36-year-old Bridie leaves her ailing father, and cycles to the Ballroom of Romance, a wayside dance-hall where the local men and women meet to dance, talk and perhaps find love. For twenty years Bridie has cycled the seven miles there and back again; now, no longer a girl, she knows her chances of romance are fading but still there is Dano Ryan.

Reader: Niamh Cusack
Producer: Justine Willett
Writer: William Trevor – born in 1928, William Trevor is widely regarded as one of the greatest contemporary writers of short stories in the English language. He has won the Whitbread Prize three times and has been nominated five times for the Booker Prize, most recently for his novel Love and Summer. Last year he was awarded the inaugral Charleston/Chichester Award for a Lifetime’s Excellence in Short Fiction 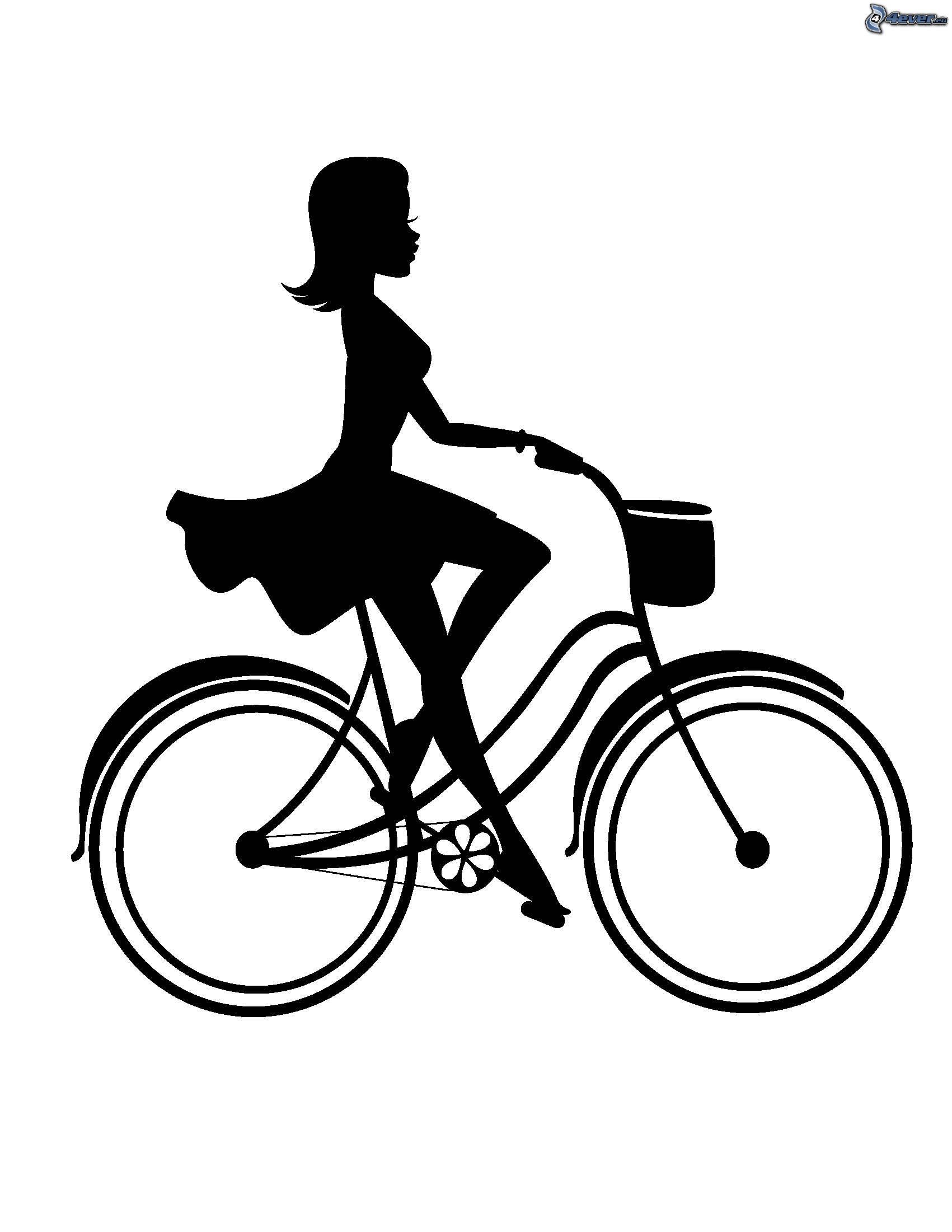 As you can tell, I am very partial to an atmospheric penned by William Trevor:

Description: The year is 1665. Black Death ravages London. A killer stalks the streets in a plague doctor’s hood and mask.

When a girl is gruesomely murdered, thief taker Charlie Tuesday reluctantly agrees to take on the case. But the horrific remains tell him this is no isolated death. The killer’s mad appetites are part of a master plan that could destroy London – and reveal the dark secrets of Charlie’s own past.

Now the thief taker must find this murderous mastermind before the plague obliterates the evidence street by street. This terrifying pursuit will take Charlie deep into the black underbelly of old London, where alchemy, witchcraft and blood-spells collide.

In a city drowned in darkness, death could be the most powerful magic of all.

Opening: London, 1665
In the year of the Black Death London is a city of half-timbered houses and dark towers. In the narrow backstreets, astrologists predict the future, and alchemists conjure wonders. Traitors’ heads line London Bridge, where witches sell potions, and gamesters turn cards. The river flowing beneath lands a daily cargo of smuggler gangs and pirates.

Loved this from the very start: it is gory, graphic and dead gruesome. Many gizzard for dinner scenes so I suppose this is not for the squeamish, and the murdering hulk is terrifying so this is not for the shiverers either. Rest assured though, it is not a horror fic by any stretch of the imagination. The Thief Taker for all its grisly subject is written in a very upbeat fashion. I would loath to call it YA because lots of people have a very prejudiced mindset when it comes to that shelf. It is a highly enjoyable piece of hist-fic fluff.

What a debut, and ike Oliver Twist, I’m asking for more of Charlie Tuesday. Three point five plague hoods rounded up for the sites that do not operate on half ratings.

Endorsed by my Peter James: ‘Quinn is a brilliant new talent!’
Images from the book

Read from October 08, 2010 to August 29, 2014
This has sucked me in straight away. I heart David Mitchell and it’s not just that I am reading it before sleep that some images (and the toons as well of course) pervade my dreams, it is more to do with Mitchell’s word painting. Take that moment (in 3. Hong Kong, if my memory serves me right) where a head fractures into those easter egg pieces or how about that moment he listened to Blackbird from the White Album; he had heard it before but hadn’t listened and is blown away by its beauty.

Mitchell doesn’t just write books, he puts impressions onto paper that speak directly into the right side of our brains. Oh, and did I mention that it has nine sections that are really ten, perhaps to signify that life in all its coexisting facets is bigger and weirder than the sum of its parts – and remember that #9 is BIG in Japanese doojah-ology.

Bettie's Books
Create a free website or blog at WordPress.com.