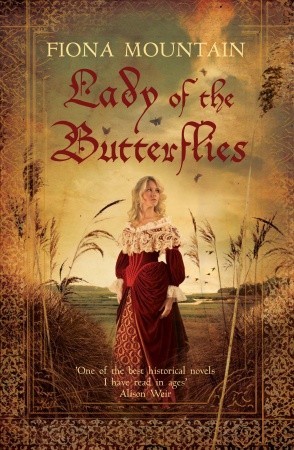 Dedication: For Tim, Daniel, Gabriel and Kezia.
Also in memory of my mother, Muriel Swinburn

From the description: On the ancient marshlands of Somerset — a place of mists and magic — a girl grows up in the shadow of the English Civil War, knowing that one day she will inherit the rich estate which belonged to her late mother. Her father, a stern but loving Puritan, once a distinguished soldier in Cromwell’s army, fears for his daughter in the poisonous aftermath of the war, and for her vulnerability as an heiress. But above all he fears and misunderstands her scientific passion for butterflies. Eleanor Glanville was in fact destined to become one of the most famous entomologists in history, bequeathing her name to the rare butterfly which she discovered, the Glanville Fritillary. But not before she had endured a life of quite extraordinary vicissitude. Two marriages and an all-consuming love, which proved her undoing, a deep friendship with one of the great scientists of the day and finally, a trial for lunacy (on the grounds that no sane person would pursue butterflies) are all played out against the violent events of the Monmouth Rebellion and the vicious controversy over whether or not to drain the Somerset marshes. Now, if you drive down the M5, you will cross Kings Sedgemoor Drain — one of the first great ditches which reclaimed the land for farming and destroyed the precious habitat of the Glanville Fritillary.

Glanville Fritillary is what I know as Meadow Butterfly.

Prologue opening: November 1695: They say I am mad and perhaps it’s true.

(view spoiler)[Oh dear, the wearisome has blurbed on the front cover ‘One of the best historical novels I have read in ages’ – let’s hope this Alison Weir endorsement is not the kiss of death! (hide spoiler)]

Part I opens up in the year 1662; Christmas Day in a Puritan household and it is a tough day for a nine year old girl who has to fast and not join in the fun.

Charles II is on the throne: ‘We had a merry King on the throne of England now, a King who had thrown open the doors of the theatres again and restored the maypoles, much to father’s disgust.

Tickenham is a wealthy village and civil parish near Clevedon and Nailsea, North Somerset, England. Looking SW at Tickenham Court with the church tower of St Quiricus & St Juliet in the background. The buildings are now a farm but parts date from the 14th Century

Eleanor Glanville is the daughter of Major William Goodricke ‘of the Parliamentarian army, Cromwell’s formidable warrior.’ (page 14) Her mother and sister are dead.

A major part of this story is about reclaiming land, the Somerset Levels, and today 28.1.2014, the talk is of the flooding there and the impact of rising temeratures and increased rains upon those very marshes.

(page 74) The lone mound of Cadbury Camp floated above the greyness like a galleon, the only easily distinguishable natural feaure for miles.

This was a comfortable ramble for 400 pages; a book that I could pick up, place down and not lose a ha’p’worth of interest… and then came the action.

I had to sit up, back straight, be alert to take in what I was reading. Fan Me Fast!

Both comfy then exciting modes hit at the right times, which makes for a very enjoyable conclusion.