bookshelves: currently-reading, published-1390, summer-2014, skim-through, food-glorious-food, medieval5c-16c
Recommended to ☯Bettie☯ by: FutureLearn
Description: A number of medieval collections of recipes survive. The best known of these in English is The Forme of Cury; ‘Cury’ here comes from the French ‘cuire’ – to cook, and simply means ‘cookery’. Several medieval manuscript versions survive.

LOL I don’t have the patience for this!

bookshelves: dip-in-now-and-again, summer-2014, essays, e-book, lit-crit, ipad, tbr-busting-2014, italy, nonfiction, skim-through, reference
Read from July 08 to August 05, 2014
Description: From the internationally-acclaimed author of some of this century’s most breathtakingly original novels comes this posthumous collection of thirty-six literary essays that will make any fortunate reader view the old classics in a dazzling new light.

Learn why Lara, not Zhivago, is the center of Pasternak’s masterpiece, Dr. Zhivago, and why Cyrano de Bergerac is the forerunner of modern-day science-fiction writers. Learn how many odysseys The Odyssey contains, and why Hemingway’s Nick Adams stories are a pinnacle of twentieth-century literature. From Ovid to Pavese, Xenophon to Dickens, Galileo to Gadda, Calvino covers the classics he has loved most with essays that are fresh, accessible, and wise. Why Read the Classics? firmly establishes Calvino among the rare likes of Nabokov, Borges, and Lawrence–writers whose criticism is as vibrant and unique as their groundbreaking fiction.

Opening: “In France they start to read Balzac at school, and judging by the number of editions in circulation people apparently continue to read him long after the end of their schooldays. But if there were an official survey on Balzac’s popularity in Italy, I am afraid he would figure very low down the list”

Calvino has some interesting points in each of the thirty-six essays, however this is really more for the serious lit-lovers. No doubt I shall reach for the relevent chapters when I get around to the books he discusses.So it’s a keeper for the reference library

Description: “Miss Manners with Fangs.” —LA Weekly We live in a world that’s very different from the one in which Emily Post came of age. Many of us who are nice (but who also sometimes say “f*ck”) are frequently at a loss for guidelines about how to be a good person who deals effectively with the increasing onslaught of rudeness we all encounter.
To lead us out of the miasma of modern mannerlessness, science-based and bitingly funny syndicated advice columnist Amy Alkon rips the doily off the manners genre and gives us a new set of rules for our twenty-first century lives.
With wit, style, and a dash of snark, Alkon explains that we now live in societies too big for our brains, lacking the constraints on bad behavior that we had in the small bands we evolved in. Alkon shows us how we can reimpose those constraints, how we can avoid being one of the rude, and how to stand up to those who are.
Foregoing prissy advice on which utensil to use, Alkon answers the twenty-first century’s most burning questions about manners, including: * Why do many people, especially those under forty, now find spontaneous phone calls rude? * What can you tape to your mailbox to stop dog walkers from letting their pooch violate your lawn? * How do you shut up the guy in the pharmacy line with his cellphone on speaker? * What small gift to your new neighbors might make them think twice about playing Metallica at 3 a.m.? Combining science with more than a touch of humor, Good Manners for Nice People Who Sometimes Say F*ck is destined to give good old Emily a shove off the etiquette shelf (if that’s not too rude to say).

Twenty odd minutes into this and I can tell this is not for me at this time.

Description: In a futuristic urban wasteland, evil Overlords have decreed that no child shall live a day past his fourteenth birthday. On that Sad Birthday, the child is the object of an obscene harvest resulting in the construction of a machinelike creature whose sole purpose is to kill.

The mysterious Shade — once a man, but now more like the machines he fights — recruits the few children fortunate enough to escape. With luck, cunning, and skill, four of Shade’s children come closer than any to discovering the source of the Overlords’ power — and the key to their downfall. But the closer the children get, the more ruthless Shade seems to become …

Expect you have noticed I’m trying to whittle some off the TBR pile. There really are some weird choices I’ve made over the years.

Anyone remember Logan’s Run? This is a bit like that only the cut off (literally) is fourteen instead of thirty years of age. A skim through worth just the two entrail eating aliens.

Description: An unprecedented panorama of Europe on the brink

July 1914 is a definitive account of the crisis that led to the First World War. Offering a multi-national perspective on the events of that fateful summer, it focuses on the often haphazard and chaotic nature of decision-making in the capitals of Europe, showing how Europe descended into a largely inadvertent war. It is a riveting story of misperceptions and deliberate deceptions; of “doves” and “hawks” who struggled to comprehend a complex international situation; and of the collective failure of Europe’s ruling elites.

Going behind the scenes—from Berlin to London to St. Petersburg and beyond—July 1914 offers a powerful antidote to assumptions of the war’s inevitability.

P47: The assination of Franz Ferdinand had also removed the one man who on previous occasions had restrained the ‘war party’.

One hundred years ago the war that was to end all wars was brewing up. Otte has put together an erudite brick of a book chocablock with footnotes, references and sources. This is everything one would expect from university press however I was more beguiled by Tuchman’s approach: ‘I never did understand how France, on the defensive, managed to capture Alsace’ which sent her off to research and won the Pulitzer with her book The Guns of August.

Another easier read that had everything nailed wasGeorge, Nicholas and Wilhelm: Three Royal Cousins and the Road to World War I

On 28 June 1914, Archduke Franz Ferdinand of Austria, heir presumptive to the Austro-Hungarian throne, and his wife, Sophie, Duchess of Hohenberg, were shot dead in Sarajevo, by Gavrilo Princip, one of a group of six assassins (five Serbs and one Bosnian Muslim), coordinated by Danilo Ilić. The political objective of the assassination was to break off Austria-Hungary’s south-Slav provinces so they could be combined into a Greater Serbia or a Yugoslavia. The assassins’ motives were consistent with the movement that later became known as Young Bosnia. Serbian military officers stood behind the attack. The assassination led directly to the First World War when Austria-Hungary subsequently issued an ultimatum against Serbia, which was partially rejected. Austria-Hungary then declared war, marking the outbreak of the war.

The Latin Bridge in Sarajevo, close to the site of the assassination.

T. G. Otte is a professor of history at the University of East Anglia. 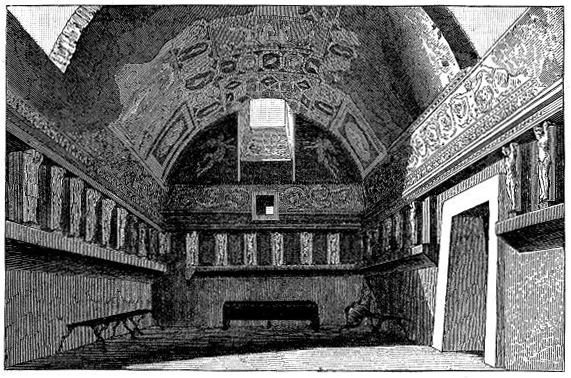 The Toledo (Ohio US, not Spain) Museum of Art was founded April 18, 1901 by a small group of citizens under the leadership of Edward Drummond Libbey, Toledo industrialist, whose successful glass company and its successor companies have formed the economic cornerstone of this city for many years.

It would be very tempting to fill up this here thought box with images from the catalogue, however there is a distict possibility that someone here on gramazon is planning a visit to The Toledo and who wants to spoil another’s enjoyment. not I