bookshelves: summer-2012, tbr-busting-2012, published-1981, afr-s-africa, african-continent, nobel-laureate
Read from July 02 to 07, 2012
Opening Quote: The old is dying and the new cannot be born; in this interregnum there arises a great diversity of morbid symptons – Antonio Gramsci ‘Prison Notebooks’

You like to have some cup of tea?-
July bent at the doorway and began that day for them as his kind has always done for their kind.

My first Nadine Gordimer and it has been lounging around the shelves for quite a while. Won’t I just kick myself if her ouevre happens to be the best thing since sliced bread. Anyhow, it fits in with both TBR busting and personal seasonal quest.

[..]before air-conditioning, everyone praised the natural insulation of thatch against heat.

Page 10 – From wiki: Schistosomiasis (also known as bilharzia, bilharziosis or snail fever) is a parasitic disease caused by several species of trematodes (platyhelminth infection, or “flukes”), a parasitic worm of the genus Schistosoma. Snails serve as the intermediary agent between mammalian hosts. Individuals within developing countries who cannot afford proper water and sanitation facilities are often exposed to contaminated water containing the infected snails. 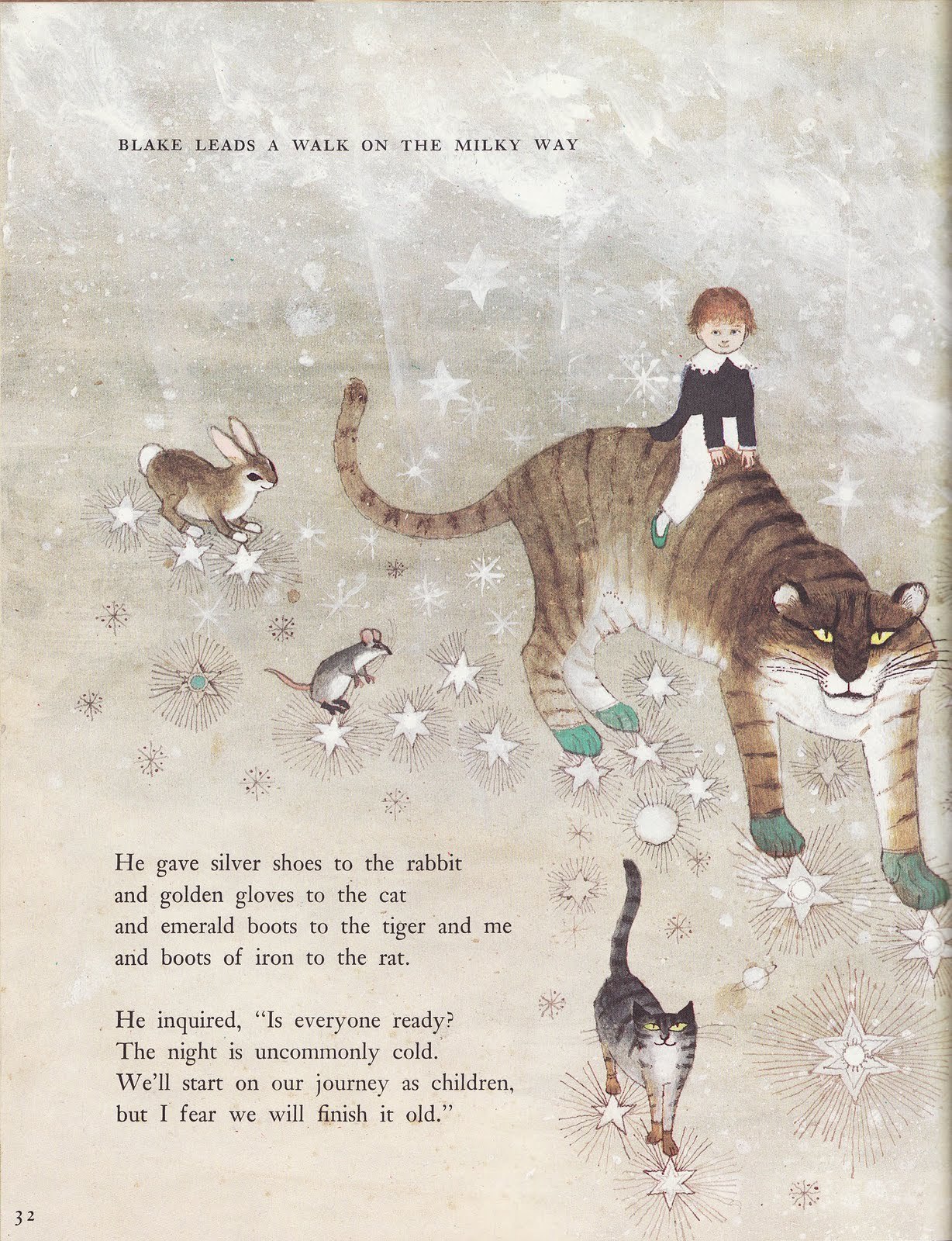 Description: Inspired by William Blake’s Songs of Innocence and Songs of Experience, this delightful collection of poetry for children brings to life Blake’s imaginary inn and its unusual guests.

Perfect example of a nursery book in the mode of Lear and Carroll. Beautiful images and fun poems and although it would not be fair to copy over complete entries, I shall give you a snippet of my favourite:

Now all I need is a grandchild.

Lovely fayre so I went through twice.

Recommended for: BBC Radio Listeners
Read from February 06 to 08, 2014

BBC description: Behind the gates of Temple Alice, the aristocratic Anglo-Irish St Charles family sinks into a state of decaying grace. To Aroon St Charles, the large and unlovely daughter of the house, the fierce forces of sex, money, jealousy, and love seem locked out by the ritual patterns of good behavior. But crumbling codes of conduct cannot hope to save the members of the St Charles family from their own unruly and inadmissible desires. This elegant and allusive novel, which was shortlisted for the Booker Prize, established Molly Keane as the natural successor to Jean Rhys.

I warmed up nicely to the storyline and especially liked the way things were by the end. Lovely, loved, Aroon!

Description: A pause in the civil war offers Shrewsbury’s townsfolk hope that the upcoming fair will be successful, but the discovery of the body of a wealthy merchant could destroy that hope.

2* Flight of a Witch

2* Light on the Road to Woodstock

WL A Bloody Field by Shrewsbury