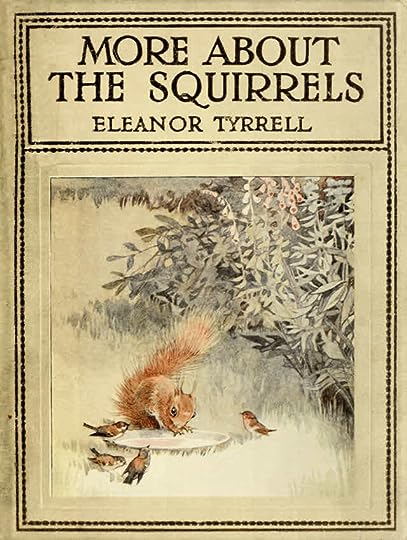 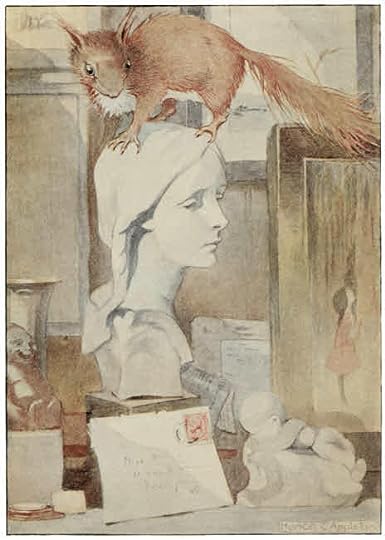 Opening: As I am often asked about the little beasts whose adventures were set forth in “How I Tamed the Wild Squirrels,” perhaps a further account of my furry friends will not come amiss.

I no longer keep any of them confined. After the death of three in the winter of 1914, I resolved that, dear and fascinating as they were as little companions in my room, I would never have them caged and in artificial conditions again.

There are two pairs of Germans loose in our little wood—Mr. and Mrs. Fritz and Mr. and Mrs. Laurence; while the wild Surrey ones, the little natives, come to the garden from the firs on the railway cutting.

There is no doubt that Fritz, the German, with his superior strength and masterfulness, drove away that first little colony which I had tamed so wonderfully. Toto had met a tragic death, killed by a marauding cat. Tito and Tara and the dainty little thing I used to call Miss Fritz after a time took up their quarters elsewhere. I have since come to the conclusion that Miss Fritz was not Miss Fritz—more probably Miss Tito. As she grew to maturity she proved herself entirely a Surrey squirrel. There was no tint of orange or gray about her, and she remained when full-grown as small and dainty as the rest, showing not a sign of the German larger, coarser breed.