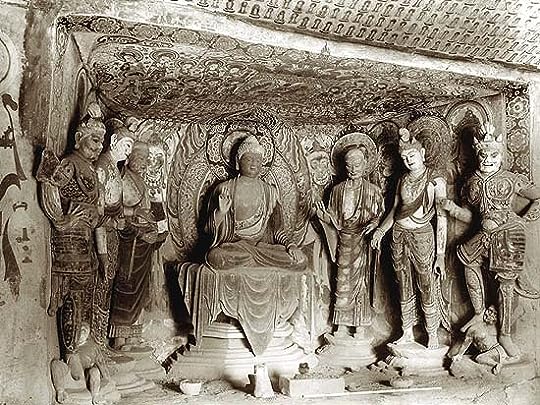 Description: When a Chinese monk broke into a hidden cave in 1900, he uncovered one of the world’s great literary secrets: a time capsule from the ancient Silk Road. Inside, scrolls were piled from floor to ceiling, undisturbed for a thousand years. The gem within was the Diamond Sutra of AD 868. This key Buddhist teaching, made 500 years before Gutenberg inked his press, is the world’s oldest printed book.

The Silk Road once linked China with the Mediterranean. It conveyed merchants, pilgrims and ideas. But its cultures and oases were swallowed by shifting sands. Central to the Silk Road’s rediscovery was a man named Aurel Stein, a Hungarian-born scholar and archaeologist employed by the British service.

Undaunted by the vast Gobi Desert, Stein crossed thousands of desolate miles with his fox terrier Dash. Stein met the Chinese monk and secured the Diamond Sutra and much more. The scroll’s journey—by camel through arid desert, by boat to London’s curious scholars, by train to evade the bombs of World War II—merges an explorer’s adventures, political intrigue, and continued controversy.

Opening: An unforgiving wind blew clouds of dust and sand as if every grain were aimed at one tired man astride a weary pony. He urged his mount forward, determined to keep a promise. He had set out long before dawn, leaving behind his team of men and pack animals, knowing he would have to cover in one day ground that would typically take three. Traveling through the heat and glare of the Central Asian desert, he now looked on his vow—to arrive that day on the doorstep of friends in a distant oasis—as uncharacteristically rash. But for seventeen hours he pressed on across parched wastes of gravel and hard-baked earth.

You can read the Diamond Sutra online here 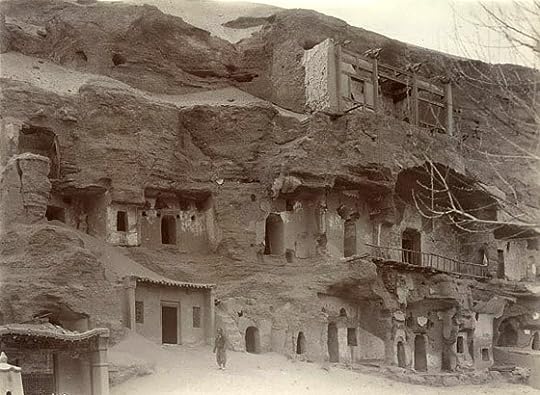 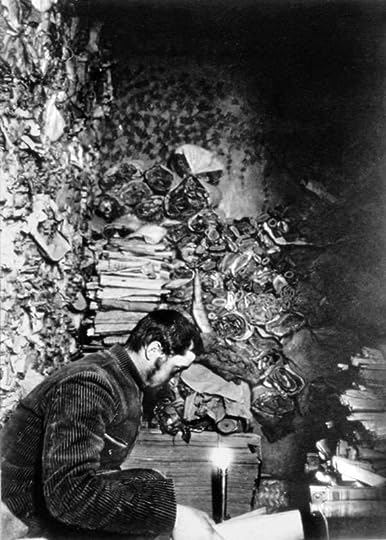 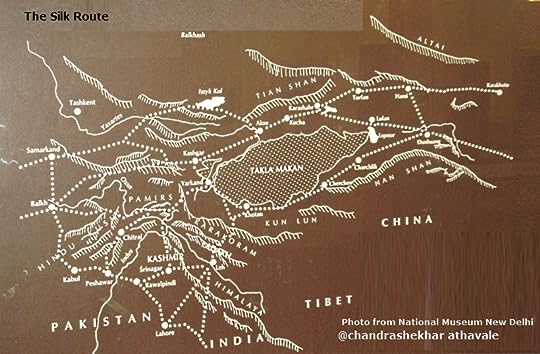 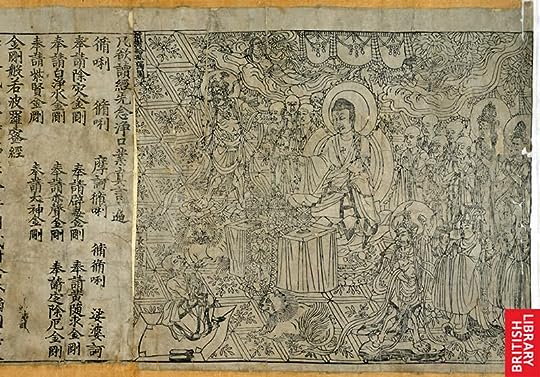 From 2004: The Diamond Sutra, which bears the date 868 AD, was found in a walled-up cave in Dunhuang, north-west China, in 1907, along with other printed items.