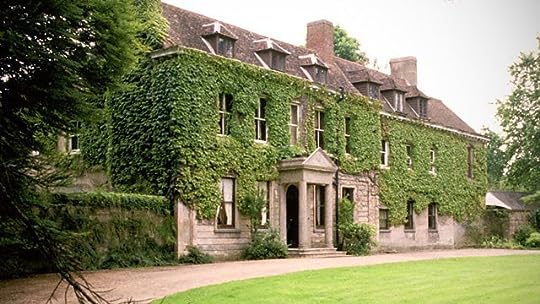 Description: Once described as ‘the man who saved England’, James Lees-Milne’s work for the National Trust in the 1930s and 40s was instrumental in securing innumerable architectural gems for the nation. His waspish and witty diaries, which have inspired these three linked plays, chart the decline and fall of the English country house.

Episode 1/3: Sometimes Into The Arms Of God: It’s 1942 and Lees-Milne is billeted with the National Trust at West Wycombe Park – a world away from Blitz-ridden London. Lees-Milne is a rising star of the Trust. Invalided out of the army, he’s looking for his own battles to fight and is determined to save the house and preserve it for the nation. But times are hard and the Trust is reliant on a considerable endowment before they can acquire a property – an endowment which the incumbent inhabitants, Johnnie and Helen Dashwood, can ill-afford to pay. Helen is an imperious host, but is desperate for paying guests – so when Nancy Mitford comes to stay, she’s welcomed with open arms. Lees-Milne is delighted for the distraction, but it’s difficult for guests to throw themselves into the house party spirit in sub-zero conditions. Fortunately, Nancy is obsessed with the Antarctic explorers and Captain Scott, even nicknaming the upstairs lavatory ‘The Beardmore’ (after the glacier of the same name), much to Helen’s chagrin. But it’s a brittle peace, as cloistered together, all the guests attempt to block out the war for as long as possible.

Episode 2: The Unending Battle: It’s 1944 and James Lees-Milne – and the National Trust – have returned to London. Comfortably accommodated in a flat in Cheyne Walk, Lees-Milne is attempting to secure a nearby property to house the musical collection of Boer War veteran, Major Benton Fletcher. Late one night, whilst trying to telephone a friend, Lees-Milne has a crossed line and makes the acquaintance of an anonymous woman. A friendship grows over the telephone wires, but at the woman’s insistence they both keep their identities secret. When Lees-Milnes’s childhood friend Tom Mitford returns unexpectedly from the continent, a sexual attraction is reawakened. Tom, however, has been a committed red-blooded male since Eton and is now determined to settle down after the war and raise a family – expecting James to help him sift through a list of potential wives. Tom is now a realist in love, but Lees-Milne is still an idealist. When disaster strikes, Lees-Milne is rely on the mysterious woman at the end of the telephone more than ever before.