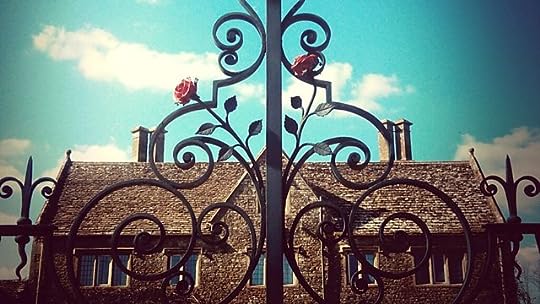 Description: Winter, 1815: Harry Headlong, like all Welsh squires, is fond of shooting, hunting and drinking. But he becomes seized with a passion to form the acquaintance of philosophers and dilettanti.

Opening: The ambiguous light of a December morning, peeping through the windows of the Holyhead mail, dispelled the soft visions of the four insides, who had slept, or seemed to sleep, through the first seventy miles of the road, with as much comfort as may be supposed consistent with the jolting of the vehicle, and an occasional admonition to remember the coachman, thundered through the open door, accompanied by the gentle breath of Boreas, into the ears of the drowsy traveller.

What a long opening sentence that is, and look out for long words too:

Okay – I’m halfway through and can tell you that the foundation and corner stones of premise and plot are strong and funny. I love the name of Headlong ap Headlong and the waterforce reasons behind adopting it. Like Nightmare Abbey there is a meeting of unlike minds, opposing agendas and quaffables available in abundance. There are some outrageously funny moments and this should be a straight through pleasure but there is an underlying starkness and an awkwardness of prose that is jarring so if you have not yet encountered the satirical Peacock and are fancying a dive in then start with the skit on the Romantics that is Nightmare Abbey