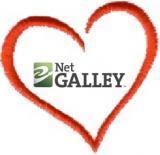 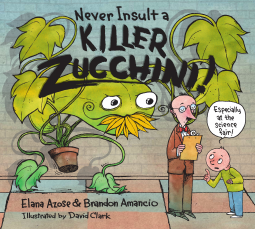 Description: When Mr. Farnsworth, the science-fair judge, declares that he loves zucchinis, the Killer Zucchini is smitten. As the judge makes his way through the exhibits alphabetically—A (antimatter), B (bionic limb), C (cloning)—the Killer Zucchini tries to show his affection. But when Mr. F gets to K and admits he likes to eat zucchini with ranch dressing, the Killer Zucchini gets steamed and attempts to exact his revenge on the snack-loving judge using the other science-fair projects as his means to an end.

Crazy ABC of science: first the pictures then some facts about each entry at the rear. Fun.