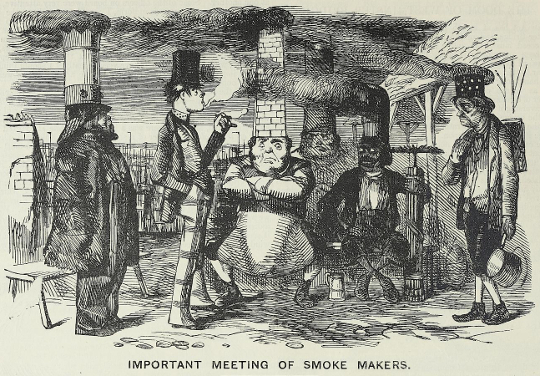 Description: Set in the then far future of 1942, the Londoners of William Delisle Hay’s 19th-century novella were not suffering on account of Luftwaffe bombing raids but instead choking to death in a deadly smog.

Not sure I’d call this a straight novel, it reads more as a full-on rant by a moralising git big on sermonising. We do know that London had pea-soupers mingled into The Great Stink which hugely impacted on health.

Overall then, I’m sure Dickens and Collins secured more sales by their penmanship than William Delisle Hay could ever dream of. Glad it was only 50 pages; glad I came across this; mighty glad to move on from it.

Read for free via public domain

A whole month of Halloween 2015 reads: