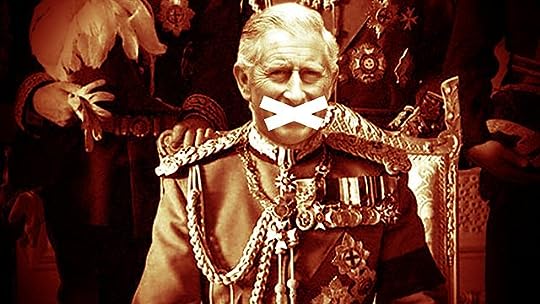 Description: After a lifetime of waiting, Charles ascends the throne. A future of power. But how to rule? Mike Bartlett’s ‘future history’ play won the 2015 Olivier Award for Best New Play. The production, directed by Rupert Goold, premiered at the Almeida Theatre before moving to the West End in a co-production with Sonia Friedman Productions and Stuart Thompson Productions.

This “bracingly provocative and outrageously entertaining new play” (The Independent) explores the people underneath the crowns, the unwritten rules of our democracy, and the conscience of Britain’s most famous family.

KING CHARLES III was first produced by the Almeida Theatre and subsequently co-produced at the Wyndham’s Theatre in the West End of London by Sonia Friedman Productions and Stuart Thompson Productions in association with Lee Dean & Charles Diamond and Tulchin Bartner Productions. The sound designer for the theatre production was Paul Arditti.

Mike Bartlett’s radio play NOT TALKING won both the Imison and Tinniswood Awards in 2007. He has been Writer-In-Residence at the both the National Theatre and The Royal Court Theatre. His play LOVE, LOVE, LOVE won Best New Play in the 2011 Theatre Awards UK; COCK won an Olivier Award in 2010 for Outstanding Achievement in an Affiliate Theatre, as did BULL in 2015. As well as winning the Olivier Award for Best New Play, KING CHARLES III won the Critics’ Circle Award for Best Play of 2014.

Due to rights restrictions, audio for this programme is available only within the UK.

HAH – excellent fayre. A play rendered as if an historical fiction, written in blank verse, starring the UK’s present royal family and I bet this ruffled more than just a few feathers.

I love the soliloquies, the Diana ghost, the admonisions to KCIII to keep his mouth shut, AND what about Jocelyn Pook – count me as an instant fan!

THE best west end show since Book of Mormon and Collaborators, yet I doubt if the Royal Box was used.

As a mild piece of trivia, Elizabeth has only ~50 days or so left before she out queens Victoria as longest ruling monarch.

Another trivia snippet, Book of Mormon has just become the first show to break the £200 barrier for a ticket – that is one fantastic show!