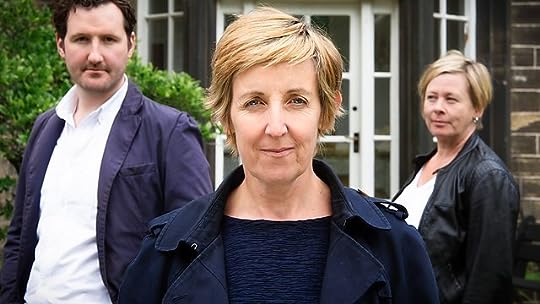 DCI Alma Blair (Julie Hesmondhalgh) and DS Jason Trotter investigate murder in the Geography Department of an unspecified Russell Group university in the North of England. Where academics rub shoulders and, indeed, other parts of the body with students and administrators. A place where the students think they know everything, the academics know they know everything and the secretaries actually know everything.

Alma has worked her way up the ranks from making the tea for the families of murder victims to ordering Jason to make the tea. She knows she knows best. Jason should know better.

In Episode 1, Jason thinks that a professor who is wearing some of his brains on the outside of his head might just be his chance to put Alma in her place.

2: DCI Alma Blair has no shortage of suspects willing to share their motives.

4: Alma’s private life is about to be outed, and a forensic clue leads to danger.

5: With a man down, the team closes ranks to solve the murder.