Description: Ten years after the fall of Babylon, Cyrus’s army is on the march again. His slave Croesus, no longer a young man, accompanies him as always, as does the king’s son and heir Cambyses, who has inherited none of his father’s diplomacy or charisma and all of his vanity and violence.

When the warriors of Persia are unexpectedly crushed in battle Cyrus is put to death, and Cambyses assumes the throne. Croesus, once a king himself, is called upon to guide the young man; but the young man cannot be guided, and after taking offence at an insult by an Egyptian ruler, Cambyses takes the full force of his father’s empire to Africa for bloody and brutal vengeance… 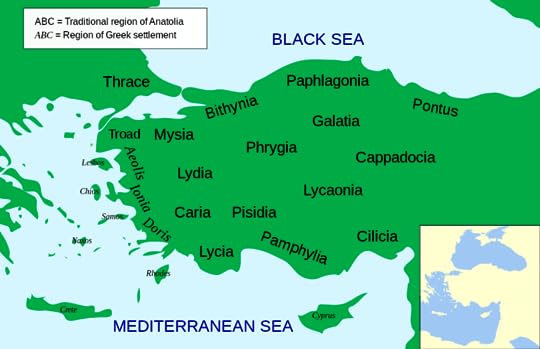 Buggrit! this is the second in a series based upon Herodotus’ writings and I am thoroughly enjoying it so will have to find that first book… 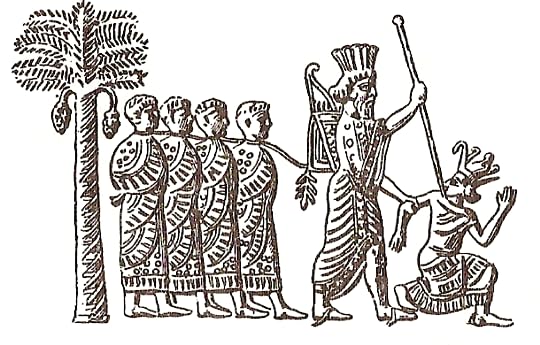 Cambyses II was a cruel, bloodthirsty tyrant which makes for a great read.

Juggling two hist-fics from ancient Hellene at the same time was rather fun and they yearn to be contrasted.

The King and the Slave: Croesus at the age of 70 and slave first to Cyrus and then to the son, Cambyses, so this must be ~525BC. The setting is Lydia, which is western modern day Turkey and the philosopher mentioned is Solon. Croesus is attributed with inventing the first coins.

The Ionia Sanction: Socrates is a young man so this must be ~450BC. The other philosopher mentioned is Anaxagoras. The setting is Ephesus in Ionia and the Persian King is Artaxerxes.

An historical-fiction mystery, written in an amusing upbeat manner yet falls short of the slapstick, thank heavens. Recommended.