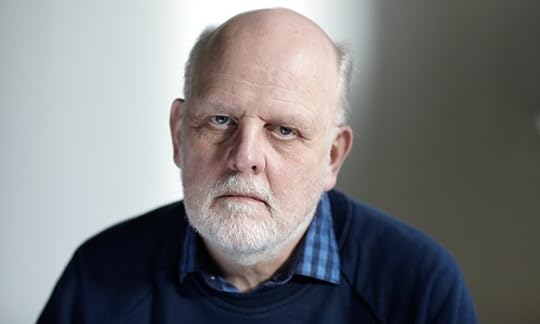 Description: ‘I wonder what you’d think of me if you found out that I’ve done something really serious . . .’ So begin the confessions of Thomas Quick – Scandinavia’s most notorious serial killer.

In 1992, behind the barbed wire fence of a psychiatric hospital for the criminally insane, Thomas Quick confessed to the murder of an eleven-year-old boy who had been missing for twelve years. Over the next nine years, Quick confessed to more than thirty unsolved murders, revealing he had maimed, raped and eaten the remains of his victims.

In the years that followed, a fearless investigative journalist called Hannes Råstam became obsessed with Quick’s case. He studied the investigations in forensic detail. He scrutinised every interrogation, read and re-read the verdicts, watched the police re-enactments and tracked down the medical records and personal police logs – until finally he was faced with a horrifying uncertainty.

In the spring of 2008, Råstam travelled to where Thomas Quick was serving a life sentence. He had one question for Sweden’s most abominable serial killer. And the answer turned out to be far more terrifying than the man himself . . .

Opening: Säter Hospital, Monday, 2 June 2008: THE SERIAL KILLER, sadist and cannibal Sture Bergwall had not been receiving visitors for the past seven years. I was filled with nervous anticipation as I was let into the main guarded entrance at the regional forensic psychiatric clinic in Säter.

In the description the author here is given as the third party… ‘ a fearless investigative journalist called Hannes Råstam became obsessed with Quick’s case.’ This is beacuse he died of cancer and although helped to complete, he failed to see the final published book.