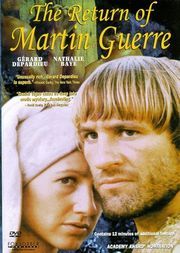 Translated from the Danish by Martin Aitken.

Dedication: With thanks to Herman and Gustav

May they come together,
happy in heart forever,
who long to be as one! SWEDISH BALLAD (trad)

Opening: The night before, we sat in the living room. I had coffee; he drank a beer. We watched a police drama. ‘I wouldn’t mind looking like her,’ I said, referring to the detective, Danish TV’s only mature heroine. ‘You don’t, though, do you?’ I looked over at him. Women’s faces shrivel; men acquire substance. ‘You’ve acquired substance,’ I said. ‘Where?’ he asked, worried. ‘Ha ha ha,’ I laughed, mockingly.

This is number eight in a series and I ordered it not because it is a series I have been following, but because some flisters have returned positive reviews and high star ratings. 3* and up is a good result, isn’t it. This is also a book that qualifies for IMPAC 2014.

Books in this Peirene Press collection where the strapline is fab: ‘Two-hour books to be devoured in a single sitting: Literary cinema for those fatigued by film.’